Last week, if you could cast your mind back, you may recall that I bemoaned the lack of watersports in my life. Well, you can rest assured that this was a one off. Because we have a new addition to the family, in the form of a Perception Scooter sit on top kayak. I used to think that sit on tops weren’t ‘real’ kayaks, but were rather aimed at pudgy holidaymakers looking to get sunburned in the surf. But I’m pleased to admit that I was wrong. Very wrong. Because my Scooter is truly awesome.

Having taken delivery of the kayak on Thursday, by Saturday it was strapped to the roof of the car and we were roaring down the motorway to the lovely Thurlestone Beach in South Devon (as featured previously in a ‘photo of the week‘*). It was a reasonably warm and sunny day, with a decent breeze, a gentle swell and a small amount of surf. Perfect. Just perfect. 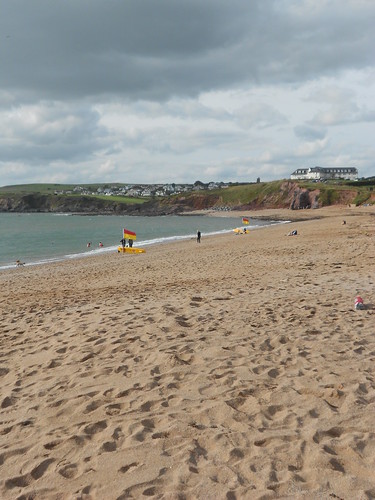 We didn’t get there until early afternoon, so there was already a fair amount of activity on the beach. There were families lounging on the sand, a few intrepid kite-surfers doing their thing and a whole squadron of people mucking around on sit on top kayaks. We were definitely in the right place. There were even lifeguards, which, given my tendency to injure myself in unusual and innovative ways, was probably all for the best. 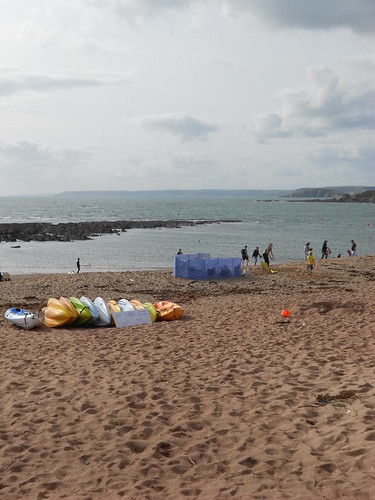 And so Natalie and I spend the next few hours playing with my (sorry, our) new toy. We paddled up and down. We surfed the tiny breaking waves. We ventured tentatively out in to the bigger waves a little further offshore. I even practiced falling out and climbing back in again. (It pays to be thorough. And, yes, I did warn the lifeguards first, so that I didn’t inadvertently spark a full scale rescue.)

Here’s me and my Scooter after we’d come off the water. As you can see, I clearly had a rather amazing time. 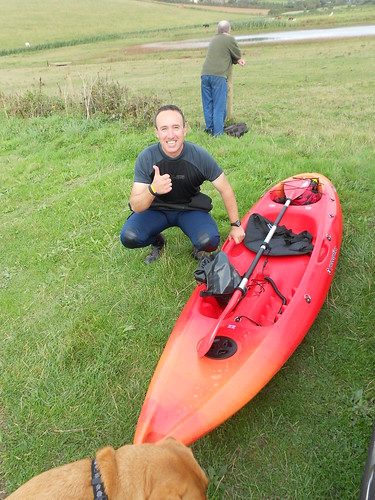 Molly was a little dubious at first, but she quickly got the hang of playing with one of us on the beach while the other went off in the kayak. Although she’s a Labrador, Molly’s not a massive fan of the water, but she did hurl herself into the surf a few times. (There was usually a ball involved.) She even climbed (very) briefly into the kayak. Most of all, though, I think she was just happy to be part of the pack. Much more fun than sitting on the settee behind me in my office while I type on my computer… 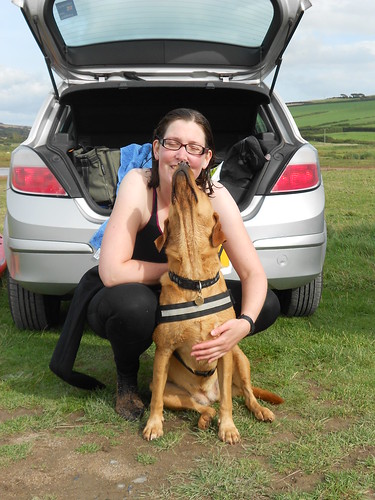 After our fun on the beach, we headed across to nearby Salcombe and watched the boats coming in. Sitting on a bench overlooking the harbour, eating fish and chips, it felt very much as if all was right with the world. (Which patently isn’t true, but you’ve got to start somewhere.) 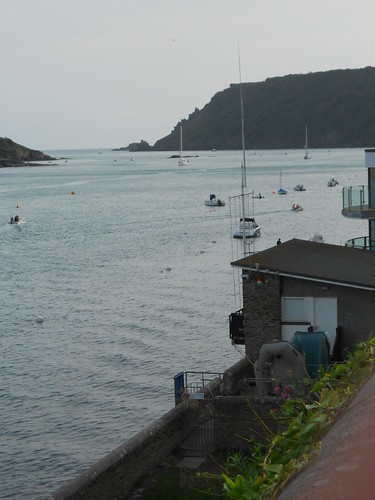 Even Molly seemed to enjoy watching the comings and goings. Although I’m not entirely sure that teaching her to sit on the bench was a particularly good idea… She’ll want her own fish and chips next. 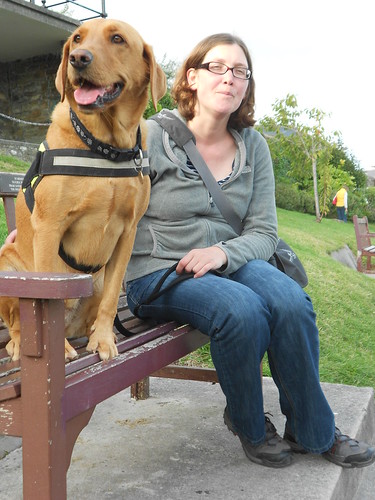 Arriving home late, we left the kayak on the roof of the car, dumped our wet stuff in the bath and headed for bed. But the next day, when we’d hung everything out to dry in the garden, this was the scene from the back door. Oh, yes. That’s more what I had in mind. 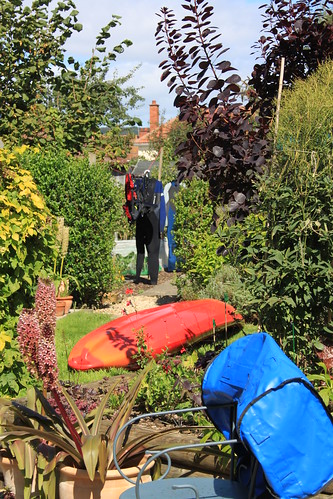 * Ah, yes. Photo of the week. Whatever happened to that? I should probably reinstitute the whole photo of the week thing at some point, as it was quite fun. And I do still take loads of photographs.