I was in Lancaster for work a couple of weeks ago and, knowing that I was going to have an afternoon free, decided I’d drive the few extra miles northwards and go for a nice walk in the Lake District. I’d only been to the Lakes once before, and that was only for about half an hour, and I was keen to go again. And so it was that I found myself at the foot of Helvellyn, the third highest mountain in England, looking up.

As time was of the essence (I still had to get back to my hotel afterwards and prepare for the conference presentation that I was due to give the next day), I parked the car at the Wythburn car park by Thirlmere and headed up the relatively steep ascent on the western side of the mountain. Interestingly, the the inhabitants of the original village of Wythburn were relocated to make way for the Thirlmere reservoir, with only the old church remaining.

Anyway, here’s the extremely well-maintained track up from the car park. 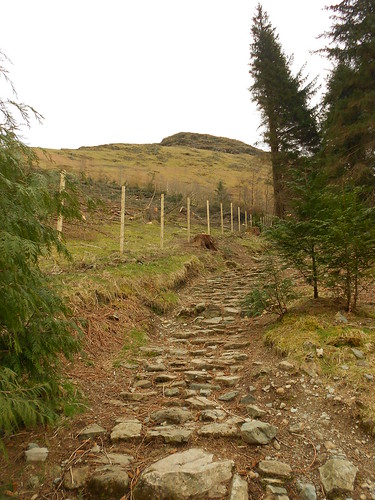 It was a lovely sunny day and I gradually made my way out of the forest next to the car park and on to the fells. The downside of starting so close to the mountain was that I didn’t have a gentle walk in to warm up my legs, but I soon got into the swing of things and started to enjoy the view. 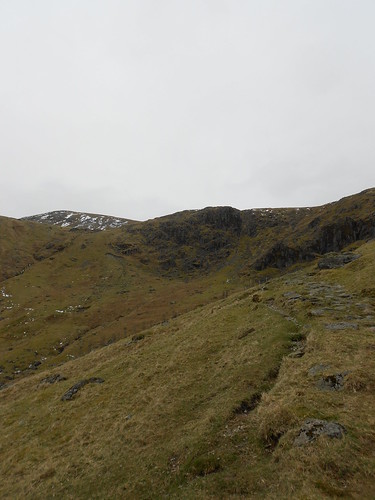 I could see a little bit of snow clinging on to the tops of the hills in the distance. And behind me, I had a great view back down across Thirlmere itself. I’d been walking for less than half an hour at this point, so was a little surprised that I was already so much higher up than when I had started. 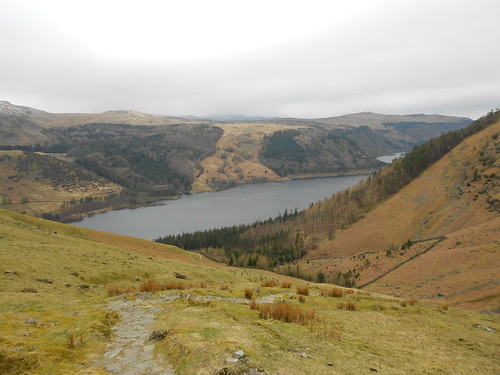 As I progressed upwards, I passed across the tops of some rocky crags. The path got a little less distinct at this point, but it was still pretty clear – from the well-trodden trail and the periodic stone cairns – which way I needed to go. Nevertheless, I followed my progress on the map and – just for practice – took periodic bearings on nearby peaks. (I’m a bit of a navigation nerd, I’m afraid.) 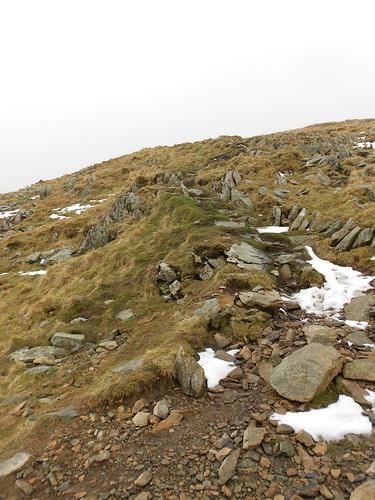 The day had been gloriously clear so far, so it was perhaps inevitable that, as I approached the top of the fells, the cloud started to move in. It was also at this point that I met the first other person that I’d come across since starting my walk. He was heading down the path I was trundling up, his face obscured by a hat, a scarf, a grimace and the hood of his jacket. We exchanged brief greetings and then both continued on our ways.

Having seen how my fellow walker was dressed, though, I decided to take this opportunity to put on my own waterproof jacket, in addition to the base layer (the new name for a T-shirt, apparently) and my beloved Montane soft-shell jacket. I was also starting to feel a little peckish, so grabbed from my rucksack the sandwich that I’d bought before leaving Lancaster and munched on it as I made my way uphill. 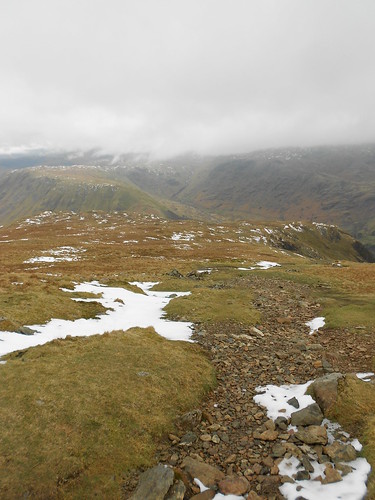 As I neared Helvellyn’s summit, the cloud was getting thicker and I really couldn’t see very far ahead of me at all. A quick glance at the map told me where the bits to avoid were (i.e. steep drops) and it wasn’t long before I arrived at the summit cairn and then the trig point. Here’s the latter. Note the complete lack of the beautiful lakeland view that I’d been hoping for. 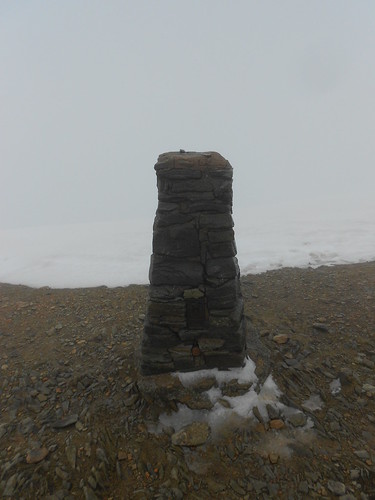 There was also a cross-shaped stone-wall ‘shelter’ near the summit, in which I found several fellow walkers huddled over their sandwiches and thermos flasks. After a quick ‘hello’, I decided that it was a bit windy on the summit (and it really was quite windy) and that my best course of action was to head downhill as quickly as possible.

In my experience, coming off a summit is frequently the most critical bit of the walk. While it’s easy heading towards the summit, as you basically keep heading uphill and can’t really go too wrong, when you leave the summit you have lots of potential ‘downhill’ directions to choose from. And in this case, some of them would result in a rather ‘exciting’ ridge walk or a vertical drop.

So it was with some care, now that visibility was virtually non-existent, that I took a bearing from the summit and made my way carefully back down the way I had come up. After a half-hour or so I descended out of the cloud and back into the land of visibility. And it wasn’t a gradual transition. One moment I couldn’t see anything and the next the fells opened up all around me. Not entirely unexpected, I suppose, but odd nevertheless. 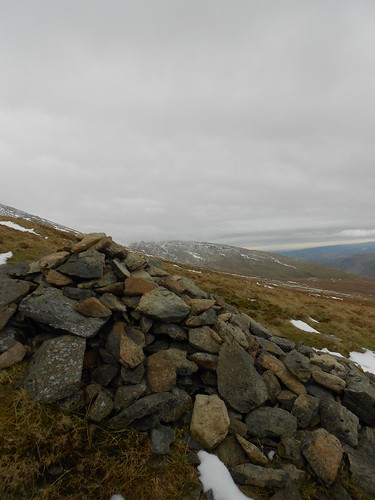 Being now familiar with the route, the wander downhill was fairly straightforward. And it gave me another chance to gawp at the magnificent fells around me. But it wasn’t long before I arrived at the edge of the forest and then back at the car park, where I celebrated my first lakeland mountain with a chocolate brownie (OK, two chocolate brownies).

Despite only having been out for about three hours, I’d had a fantastic walk and felt like I’d experienced all four seasons over the course of the five miles or so that I’d walked. I’ve heard lots of people raving about Helvellyn and can now see why. And with so many routes up, down and around just this one mountain, I can see why it continues to attract so many walkers and climbers to its rocky slopes. In fact, I can’t wait to get back to try some more of them for myself.

2 thoughts on “The fells, the fells…”