We had a lovely sunny evening here the other day, so I put a long-ish lens on my camera and – together with Natalie and Molly – headed out for a pleasant after-work walk. We wandered down an old farm track that I quite frequently hurtle along as part of my trail runs. But at a slower pace and with a viewfinder to peer through, I was surprised by quite how much was going on.

The drainage ditches alongside the track were full of water and were attracting a great deal of interest from the local insect population. 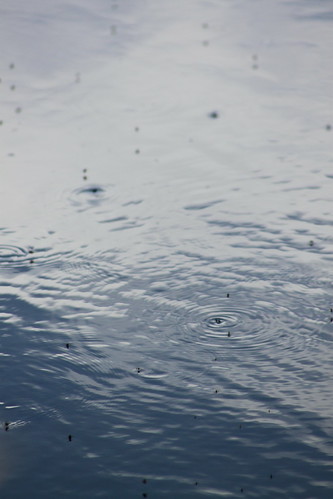 Which in turn was attracting not inconsiderable interest from the whizzy, colourful and very difficult to bring into focus damselflies. Like this one… 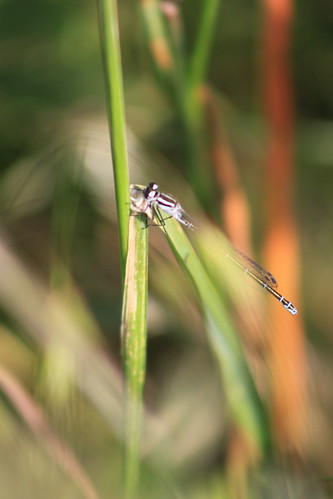 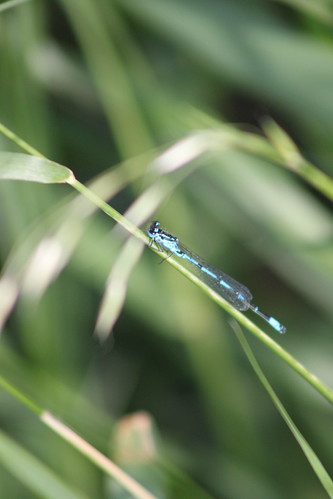 We also came across a bush covered with a myriad of small butterflies. I was quite happy to sit there for ages waiting for them to settle, but Natalie and Molly had other ideas, so I had to content myself with a few hurried shots. 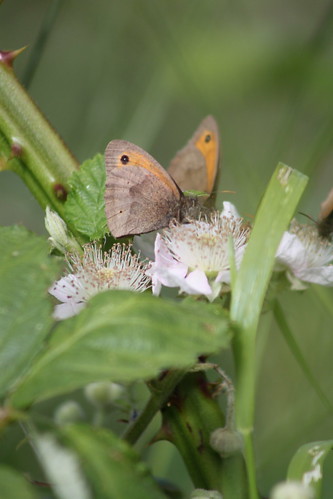 They’re meadow brown butterflies, I think. Top marks for imagination to whomever is in charge of naming butterflies around here. 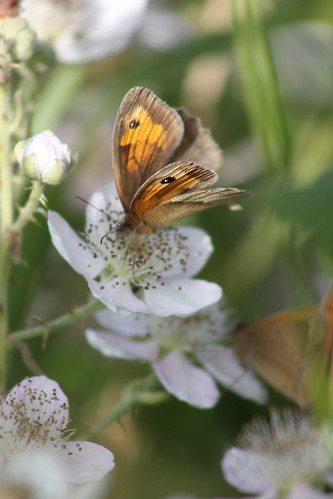 Peering upwards, I caught a glimpse of this colourful goldfinch, no doubt on the lookout for something to eat. But looking very elegant in the process. 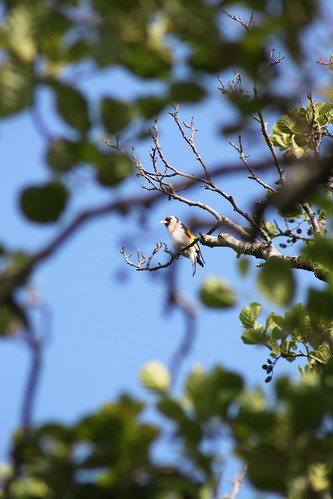 There were also quite a few crows about, many of them hopping around on the track and generally looking as if they didn’t have a care in the world. In fact, they seemed to be doing their very best to look nonchalant, as if they had just stolen your mobile phone / lunch money / trousers and were hoping you wouldn’t notice. 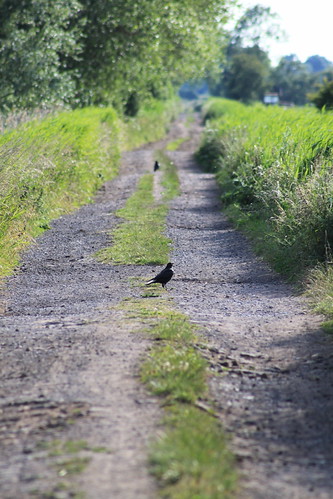 This little chap seemed somewhat perturbed, though, by what he had found in the field next to the track. 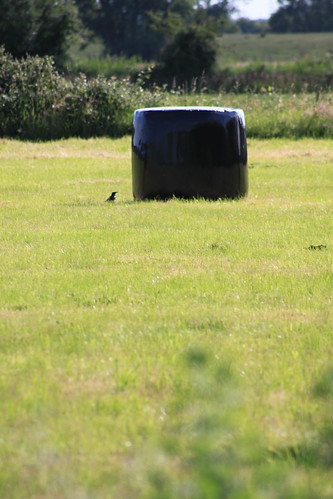 Though not as perturbed as we were, when we realised that there were more of them. And that they were poised to invade the town… 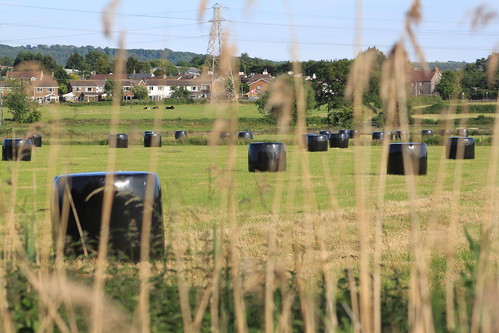 As we turned around to start meandering our way home, a couple of swallows nesting in a nearby barn decided to buzz us. They looked so graceful as they swooped and swirled overhead, though it was incredibly difficult to get a photo of them. Here’s my best attempt. 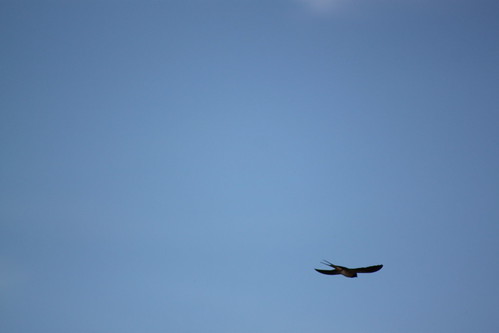 This swan and its cygnets were much easier to get in shot, though. There are quite a few families of swans living among the reeds around here. Either that, or there’s just one family that travels around a lot. 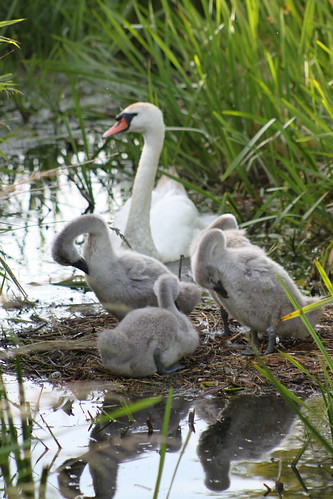 OK, trees aren’t as interesting (or as cute) as baby swans. But I liked the way this one had adopted such a gentle curve in its trunk. It’s leaning across the prevailing wind, so I can only assume that its shape is due to it having toppled over slightly at some point in the past, with its roots struggling for grip in the soggy soil. 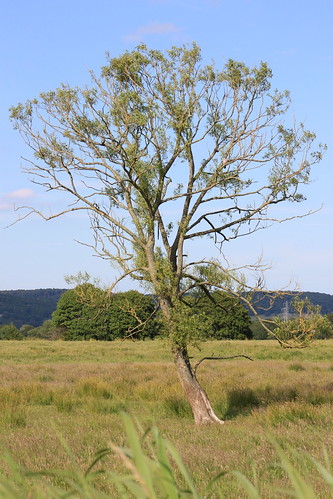 As we approached home, we passed below this enormous pigeon perched on a telegraph wire. My neighbour keeps racing pigeons, which all look so sleek and athletic. This wild pigeon, in contract, looks rather tubby and morose. Probably because it knows we have a pair of peregrine falcons nesting not too far away. And it’s by far the slowest pigeon around. 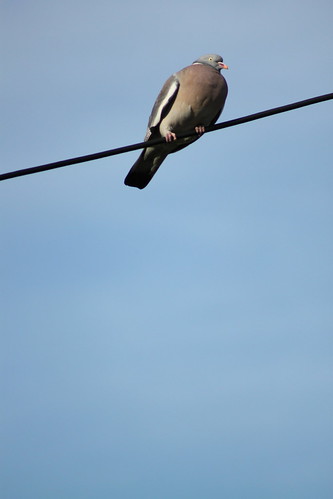 OK, she’s not part of the wildlife as such, but for some reason I really like this photo of Natalie. She has the air of someone who is about to start some kind of slow, mournful gypsy dance. But I was there and I can confirm that she didn’t. 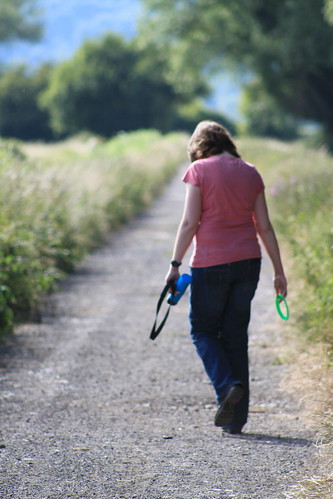 Not at all mournful, however, was Molly. She was clearly having a whale of a time. As usual. In fact, she’d be the perfect wildlife photographer’s assistant, if she didn’t insist on charging around like a lunatic, scaring away the wildlife… 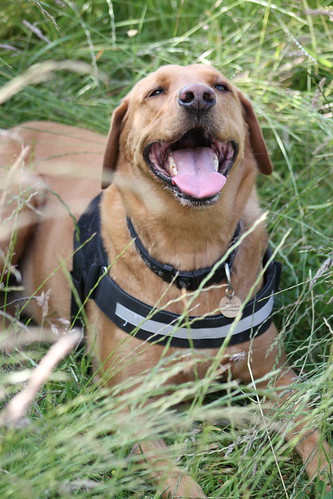