I don’t really have a favourite time of the year. Because every one of the seasons is special to me in its own way. Summer is about spending quality time in the outdoors. Autumn is about enjoying the changing colours of the trees and getting ready for winter. Winter itself is about hunkering down and staying indoors with a good book and a nice cup of tea.

That leaves spring. And spring is all about growth. It’s about planting the seeds of whatever I plan to grow over the course of the year. It’s about watching those first tender shoots appear through the soil. It’s about nurturing them until it’s time to pot them up, plant them out or give them whatever else they need.

I sow the first seeds in January, when the days are still short and the spring sunshine is still a far-off promise. But chillis – and, a little later, tomatoes – need that little head start to get a long growing season. Later come things like herbs, salads, rocket, pak choi, beetroot, spinach and more. Anything that I like to eat, that doesn’t take up too much space and that isn’t dirt cheap at the supermarket.

I tend to do the the first main batch of sowing all at once, spending a happy day in the garden surrounded by pots and seed trays. I then sow successive batches as required and pot up / plant out the seedlings when they are ready. This frequently takes place in the greenhouse in the midst of a rain shower, but this year I managed to pick a day with perfect weather. Wall to wall sunshine. I even had to put up a sunshade for the dogs. 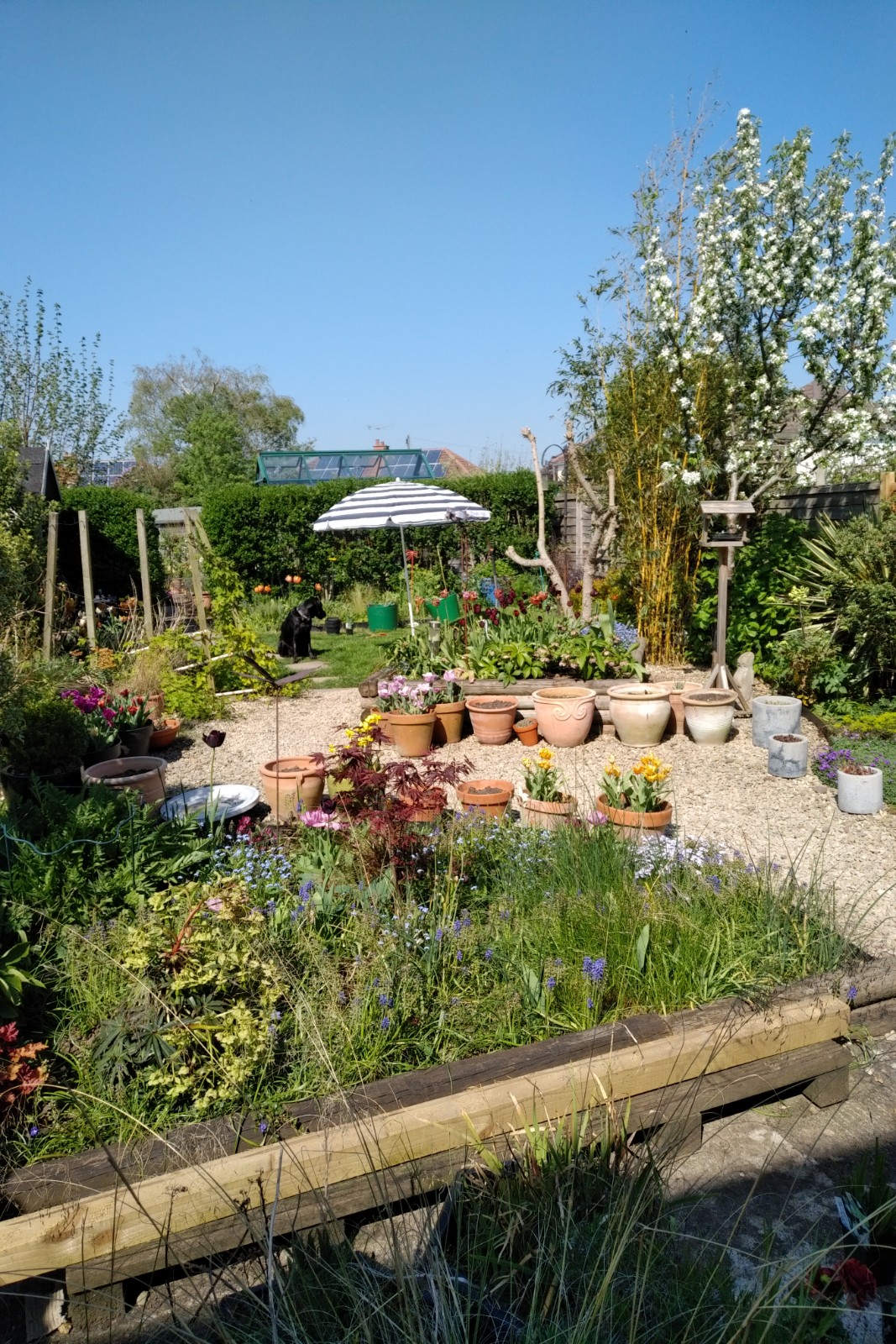 (I should add at this stage that this all took place a couple of months ago, and that it’s taken me this long to get around to writing about it. Sorry.)

Ozzy, the youngest of my two Labradors, was extremely keen to help out. Here she is ‘supervising’. She would perhaps have been of more help, though, if she hadn’t kept running off with the labels I’d carefully put into each seed tray and row of pots. 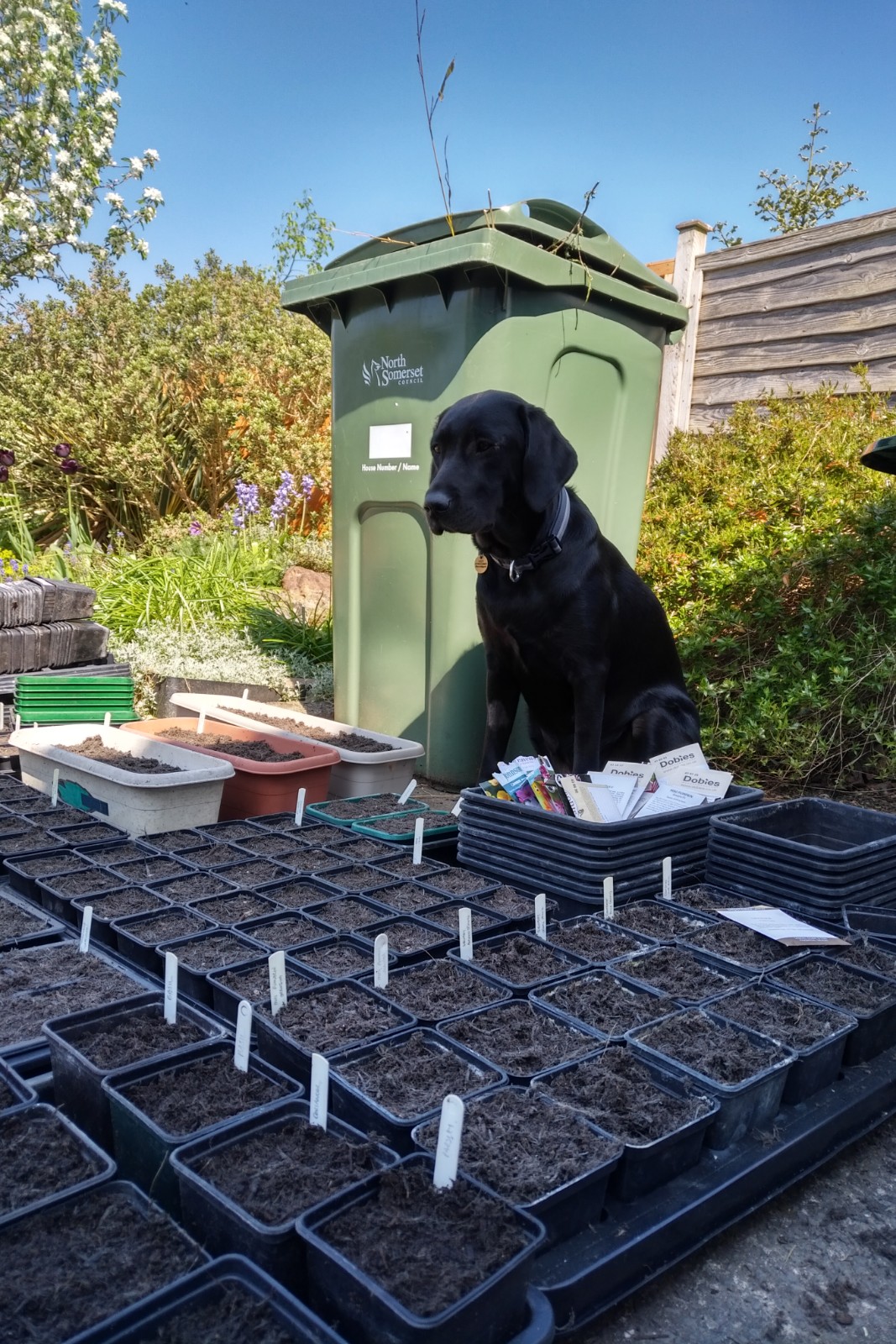 Within a couple of weeks, things were starting to happen in the greenhouse. My beetroot seedlings were looking very happy indeed (see photo below), as were the various other crops. I find it facinating how pretty much every seed of any given vegetable germinates within a day or so of all of its ‘brothers’ and ‘sisters’. 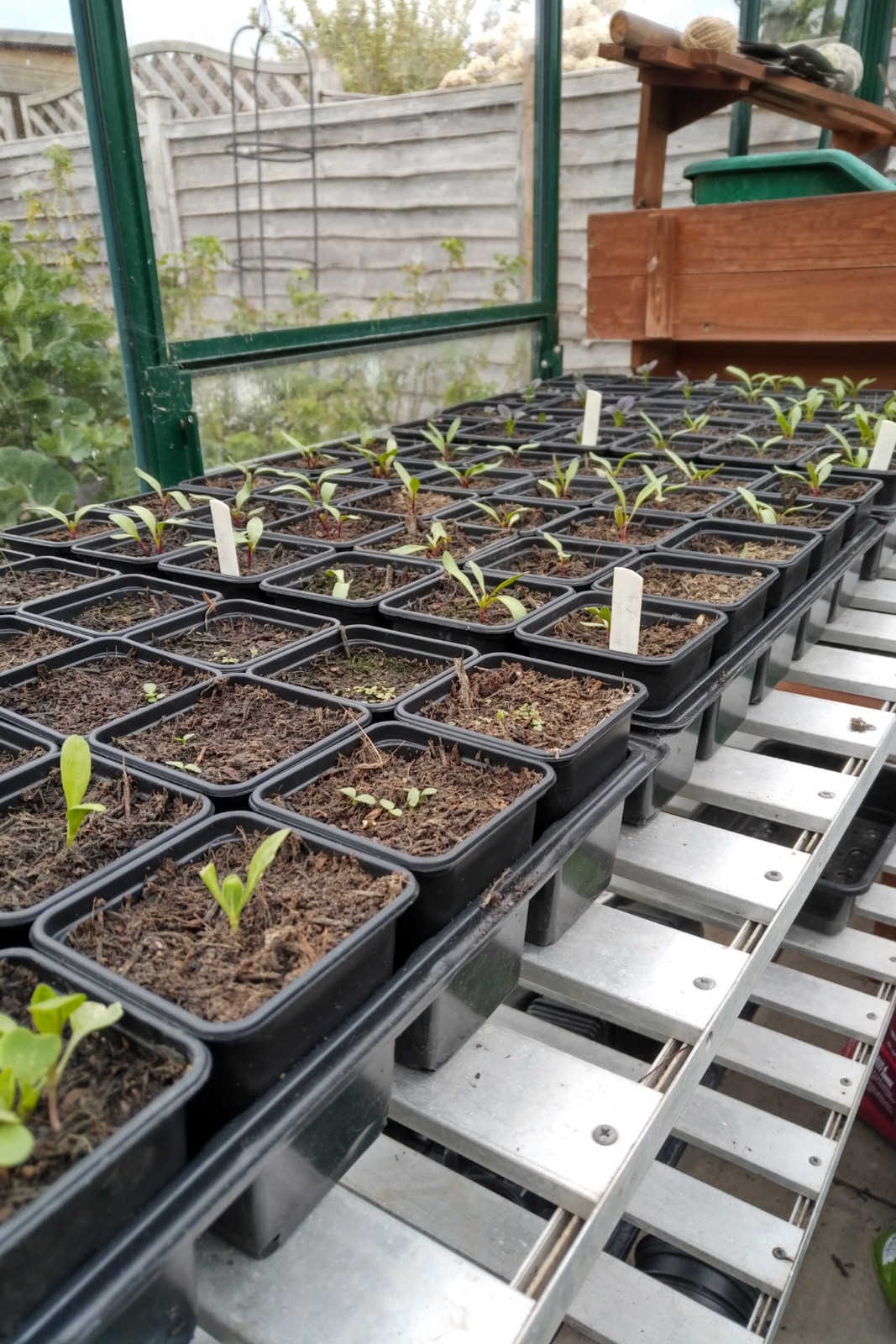 The chillis and tomatoes, thanks to their head start, were already growing strongly. And taking up most of the greenhouse. I always intend to harvest the tomatoes for salads and sauces, but I have a tendency to eat them straight off the vine later in the year while I’m doing other garden chores. I’ll try harder this year to save some for actually cooking with. 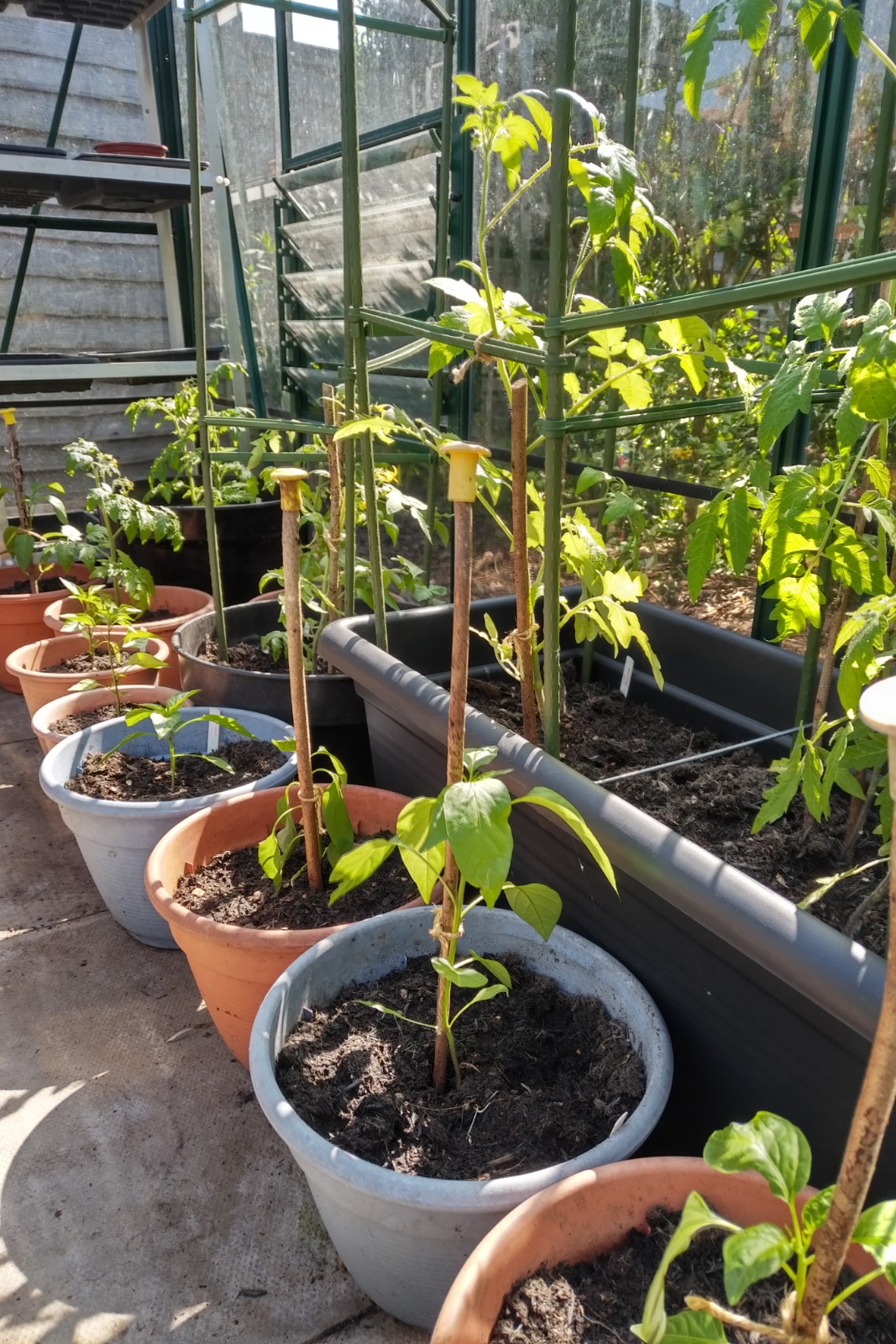 I was prompted to write this post because I’ve just spent another happy day in the garden planting out various of the seedlings that had become strong enough – I hope – to surving the rigours of the outside vegetable beds, with the constant menace of slugs, sparrows and rampaging Labradors.

They’re currently doing that falling-flat-and-looking-awful thing that seedlings do when you’ve just planted them out (or, rather, that mine do when I’ve just planted them out), so I’ll give them a couple of days to perk up before I embarrass them by taking a photo. But rest assured that they’re doing well. And that they, like me, are enjoying the growing time that spring is all about.